Sunlight is converted to electricity by solar cells arranged  together in a solar panel. This energy is then fed to batteries for storage and use when the sun is not available. When needed, during the day or at night, the electricity is then fed to a device called an inverter which converts it into a form usable by appliances.

Depending on the size of the solar array and the number and capacity of the batteries, a solar system can power an entire household. It can even provide electricity for a number of days without sunshine if the batteries are fully charged and have a large enough capacity.

Some appliances which can be powered by solar systems:

Listed below, along with pictures, are some of the parts which make up a complete solar system.

A solar panel is shown here. Composed of a number of smaller solar cells arranged together under a thin sheet of glass, they range in size from a square foot to up to 5.5'x3.5'x2" thick. Weighing up to 50lb, each panel can provide up to about 350W of electricity. They last up to 25 years with only minor loss of output. Two outputs are provided: a positive and a negative cable. Solar panels are typically the most reliable part of a solar system. They typically are mounted on the roof of houses or RVs; sometimes they are placed on the ground so as to be movable to track the sun and provide more energy. 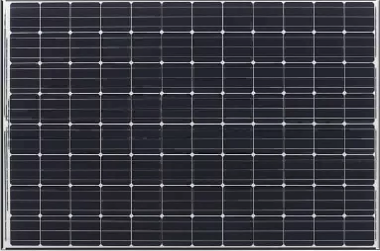 A (smaller) lead acid battery. Batteries are used to store the energy captured by solar panels during the day and releasing it at night. This one is relatively small and weighs about 25lb. They range in weight up to hundreds of pounds, depending on capacity. Batteries come in several varieties, all differing in capabilities. There are car batteries, unsuitable for solar use; float batteries, used to power computer systems and the like during brief, seldom occurring power outages; and solar deep cycle batteries which are meant to be discharged and recharged daily. 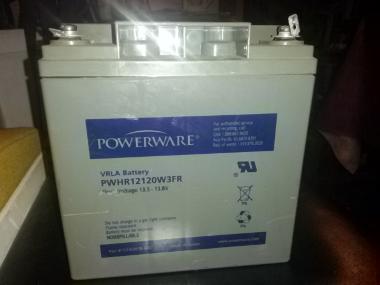 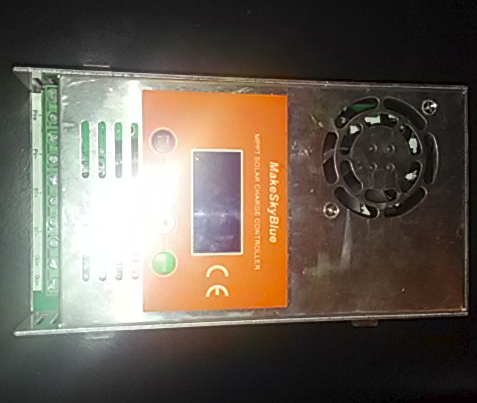 An inverter. Used to convert the stored energy of a bank of batteries into a form which can be used by household appliances such as TVs, fridges, computers and the like. They are rated by the wattage they can output and the input voltage. Inverters come in several varieties with the higher end ones offering a smoother AC  output - they are called "pure sine inverters." The red and black cables shown are used to connect the inverter to the batteries. 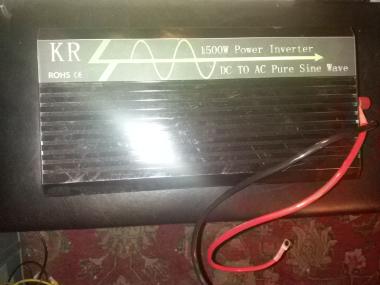 To put it all together, here is a rudimentary block diagram of a complete off-grid solar energy system. 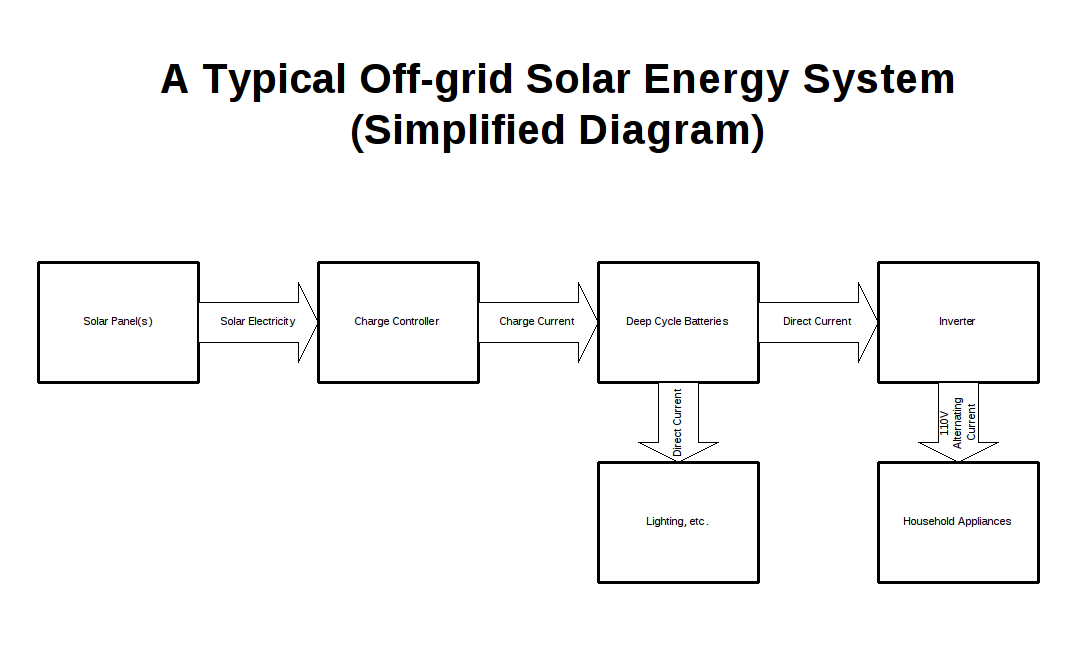